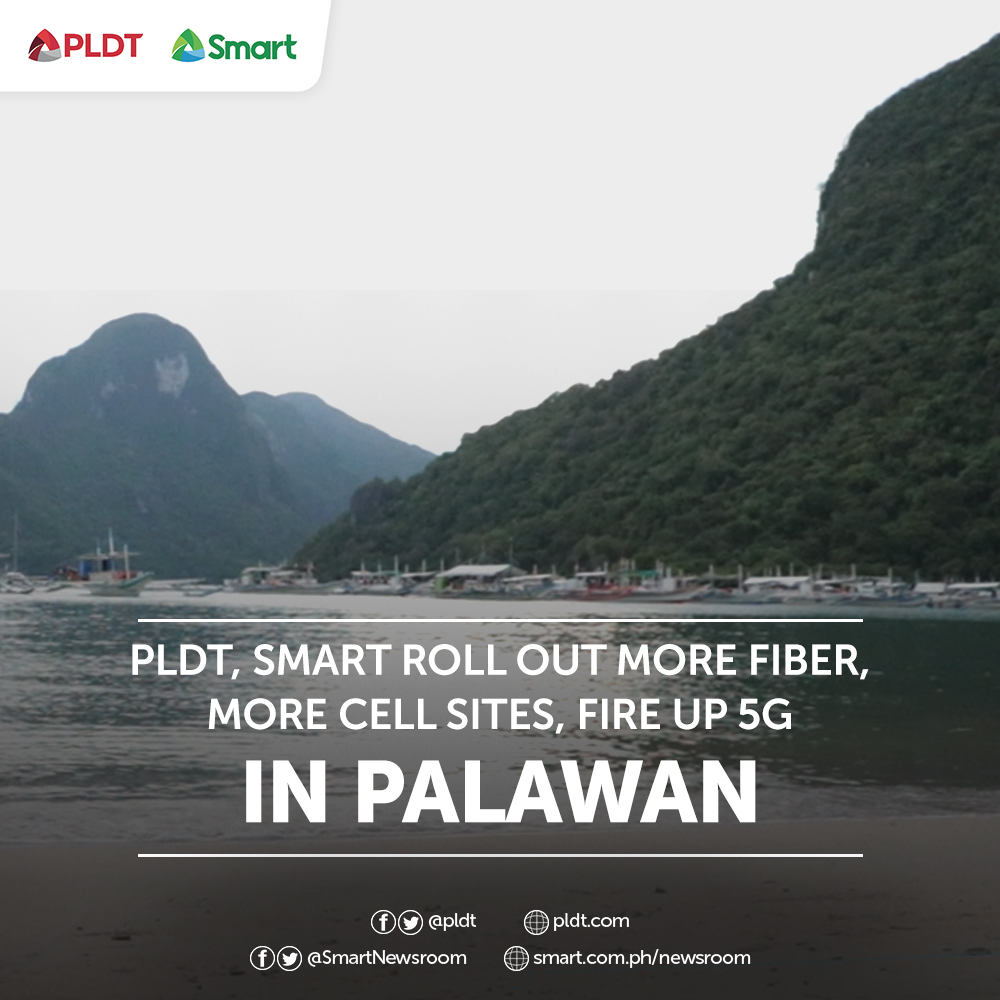 PLDT and its wireless arm Smart Communications, Inc. are expanding the coverage of their fiber and wireless networks in the province of Palawan.

As of June, Smart has fired up additional sites in the province’s main island, including the capital city of Puerto Princesa and the towns of Narra, Sofronio Espanola, Brooke’s Point, Bataraza and Aborlan.

PLDT has also expanded the reach of its fiber-to-the-home (FTTH) infrastructure in Palawan outside Puerto Princesa, particularly in San Vicente, Roxas, Taytay, Narra, and Aborlan. The expansion now gives thousands of homes and businesses access to fiber, which is the most reliable and fastest internet connectivity. Additionally, PLDT has also increased its FTTH facilities in Puerto Princesa and in Palawan’s most famous holiday destination El Nido.

“This is part of our commitment to deliver world-class customer experience across the country, notwithstanding the challenges of rolling out our network in an archipelago,” said Mario G. Tamayo, Head of Technology at PLDT and Smart.

“With these developments, our customers in Palawan, including those in previously underserved areas, can experience improved data service, which is essential as the country transitions into the New Normal. Reliable connectivity is important in enabling families to stay in touch amid social distancing, employees to work safely from home, and students to participate in online learning,” Tamayo said, adding that based on internal data, connection speeds in Palawan have more than doubled for fixed customers, while they have increased by 27% for wireless customers between January and May 2021 this year as a result of these network improvements.

These initiatives are part of PLDT and Smart’s continuous expansion of their fully integrated network, the largest in the country. Smart’s mobile network, which serves 96% of the population from Batanes to Tawi-Tawi, has also been recognized as the fastest mobile network in the country by third-party analytics firms including Ookla and Opensignal. Enabling these mobile networks is PLDT’s fiber infrastructure, the country’s most extensive at over 478,000 kilometers as of end-March 2021.

PLDT and Smart’s relentless push to provide connectivity for all is aligned with the group’s long-standing commitment to help the Philippines attain the UN’s Sustainable Development Goals, particularly SDG #9: Industry, Innovation, and Infrastructure.