PPO goes to Guimaras and Iloilo in 2023

PPO goes to Guimaras and Iloilo in 2023

THE Cultural Center of the Philippines kicks off 2023 by presenting the Philippine Philharmonic Orchestra under the baton of Maestro Herminigildo Ranera in outreach concerts Live in Guimaras Island and Iloilo City in January.  The PPO will hold a grand concert at the Guimaras Museum on January 11, Wednesday at 7 PM, as well as stage its Opening Salvo Concert on January 13, Friday, 6:30 PM at the Iloilo Convention Center as one of the opening events of the Dinagyang Festival.

Repertoire for the PPO’s concerts features Poet and Peasant Overture, Carmen Suite No. 1, “Andante Cantabile” from String Quartet No. 1, Sabre Dance, On the Beautiful Blue Danube Waltz and Selections from the Phantom of the Opera.  While in Iloilo Dinagyang Salvo Concert, Nabucco Overture, Carmen Suite No. 2, Sabre Dance, Selections from Annie, Mutya ng Pasig, Pakiusap and Tritsch Tratsch Polka will also be featured.  Ili Ili Tuloy Anay (a traditional Hiligaynon Lullaby from Iloilo and famous in the Visayan region) together with Star Wars Medley, Aegis in Symphony and a lot more will be played in the second part of their shows.

Likewise, the concerts will be simultaneously live-streamed via the Cultural Center of the Philippines Facebook page. 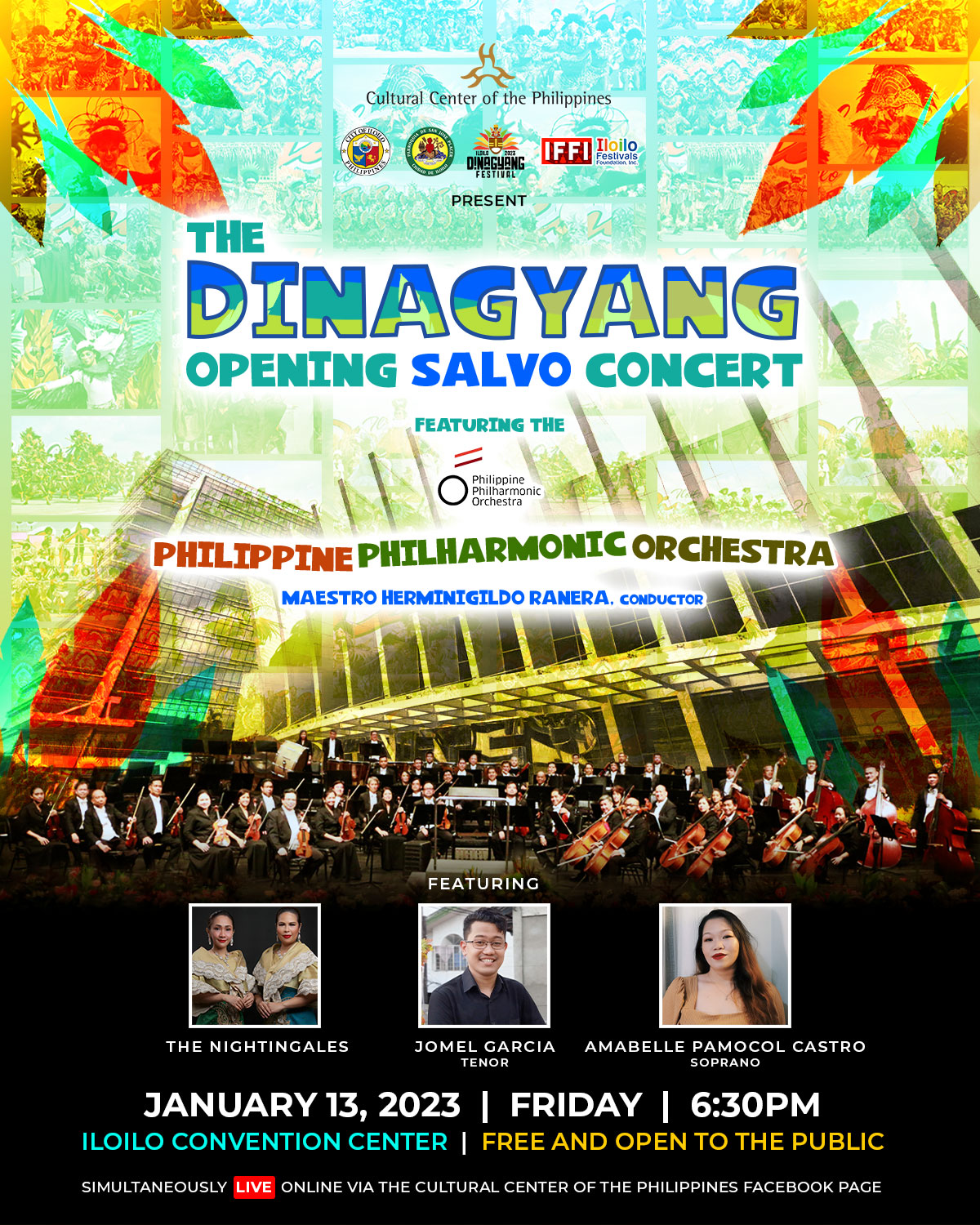 Tickets are free and are open to the public.