The realme RMC is set to land in Visayas and Mindanao this month of October! 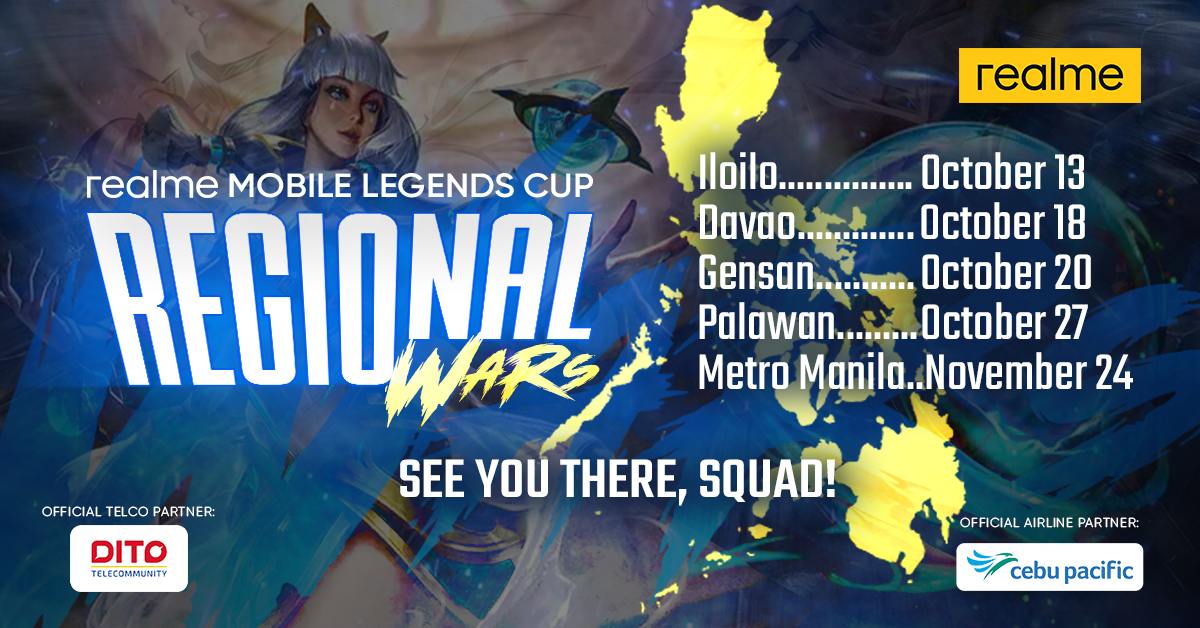 Following the announcement of the first-ever realme Mobile Legends Cup Regional Wars, realme, the PH’s number 1 smartphone brand for 6 consecutive quarters (based on IDC’s Q2 2022 sell-in report), kicked off the RMC Regional Wars in Baguio last September 22. The event was hosted by Sonah and was also graced with the attendance of MLBB Esports casters Burritto and Bebeembap. In addition, the well-loved gaming personality Akosi Dogie also attended the event.

Save the dates for the upcoming realme RMC Regional Wars

Support your cities as RMC Regional Wars continues to roll out in the next key cities. Witness the battle in Iloilo on October 13, where fans can anticipate the attendance of esport host Sonah and caster Santie on-ground. Meanwhile, casters Chantelle and OSX will be joining as well via livestream.

The realme Squad can also catch the battle in Davao on October 18, where fans will get the chance to have a meet and greet with gaming personality, Bulldog. Fan-favorite casters Chantelle and OSX will also cast the games to viewers on-ground.

Following this regional leg will be a visit to Gensan on October 20 and to make it more exciting, stars in the gaming scene such as ChooxTV and Ghostwrecker will be there to meet the RMC Squad. Last but not the least, the realme RMC Regional Wars semi-finals will commence in Palawan this coming October 27.

Get ready to block off the calendars for November 24 as all the region winners will go head-to-head in the grand final match to be hosted in Metro Manila. The winning team will be taking home a grand prize worth P200,000.