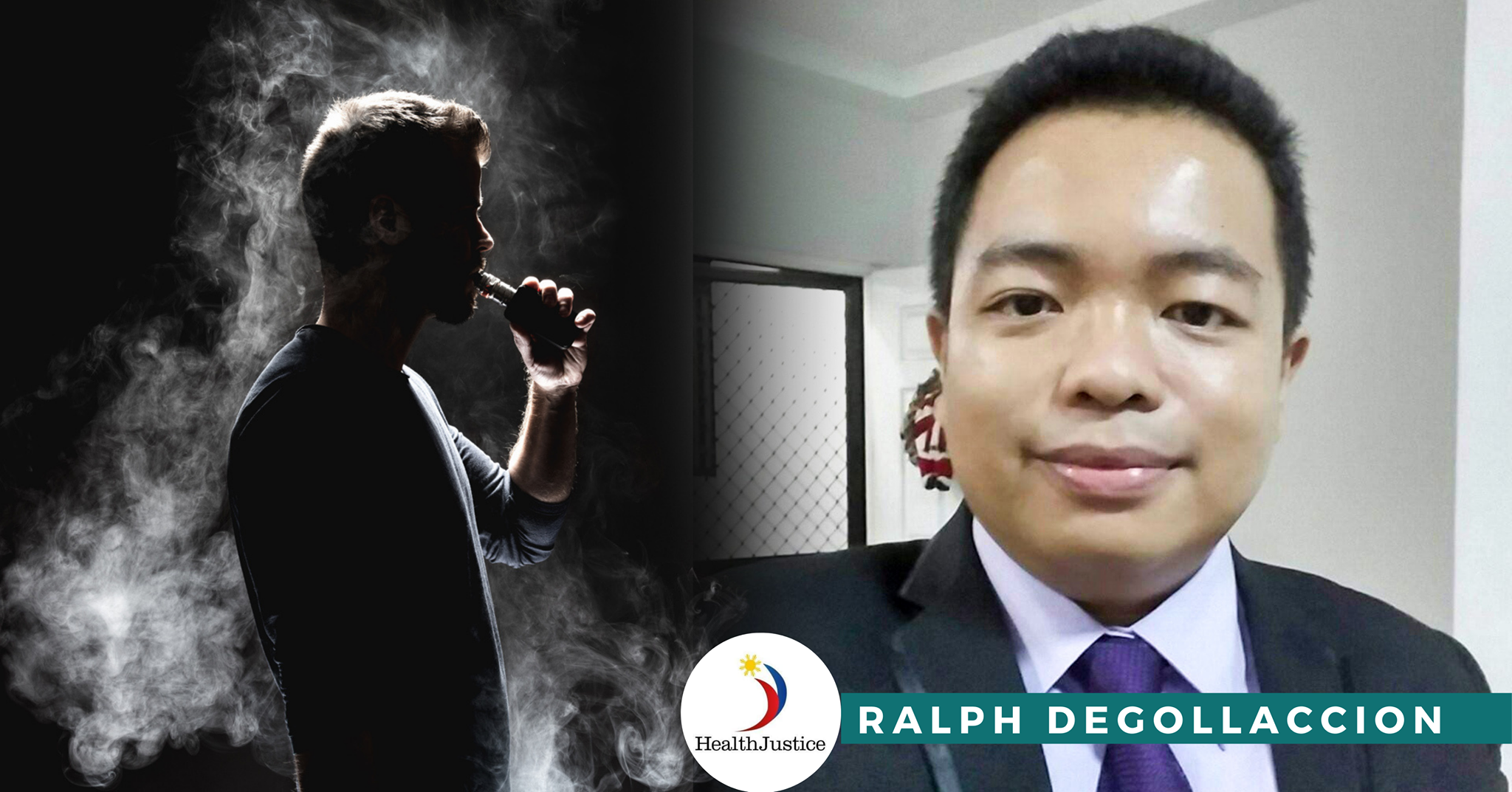 Health advocates raised alarm over Senate Bill No. 1951 filed on December 14 by Senator Ralph Recto which sought to bring down the legal age for buying vapes and heated tobacco products from 21 to 18.

“The bill contradicts the law and executive order signed by President Rodrigo Duterte which mandates that these products should only be accessible to 21 years old and above. Last year, President Duterte declared that these products are ‘toxic,’” said Ralph Degollacion of HealthJustice Philippines.

Dr. Rizalina Gonzalez of the Philippine Pediatric Society, meanwhile, lamented that the gains of the Executive Order of the President and the RA 11467 in protecting children from being hooked into this addictive substance will be diminished if the bill is passed.

“By lowering the legal age of access vapes and heated tobacco products from 21 to 18, Senator Recto’s bill, if passed, will lure our youth to another deadly nicotine addiction,” she said “The brain of the child matures only at the age of 25 and above. Any addiction introduced prior to this age will have a life-long effect.”

The U.S. Department of Health and Human Services explained: “until about age 25, the brain is still growing. Each time a new memory is created or a new skill is learned, stronger connections—or synapses—are built between brain cells. Young people’s brains build synapses faster than adult brains. Because addiction is a form of learning, adolescents can get addicted more easily than adults. The nicotine in e-cigarettes and other tobacco products can also prime the adolescent brain for addiction to other drugs such as cocaine.”

Degollacion also raised alarm on the attempt of the Senate bill to overrule the ban on vaping in public places. “The Recto Vape Bill allows vaping in places which are declared 100% vape free and smoke free by the President. This is alarming on so many levels. First, it will be an enforcement problem when two similar products have two different rules. It will set back the on-going implementation of the Philippine National Police (PNP) of the President’s executive order”

Degollaccion added. The PNP intensified enforcement of the ban on vaping in public places after the issuance of Executive Order 106 resulting in the confiscation of vape products in several areas in Metro Manila. Degollacion also explained that “allowing vaping in a vape-free and smoke-free place will normalize this addiction in the eyes of the youth which is an upfront to the very intention of the President.”

Dr. Rizalina Gonzalez appealed to the Senate to not pass this bill especially now that we are facing the onslaught of Covid 19. “Our lawmakers should encouraging the strict enforcement of the laws that protect people, especially young kids from these products and not steaming up laws that make products like vapes which have been proven to damage the lungs more accessible to the youth.”

Last year, the Philippines registered its first e-cigarette or vape-associated lung injury which involved a 16-year-old girl from the Visayas. (PR)