Palawan is this year’s host of National Arts Month entitled “Ani ng Sining: Philippine Arts Festival – Luzon” to be held in February 2020. The month-long celebration is spearheaded by the National Commission for Culture and the Arts (NCCA), in partnership with the Provincial Government of Palawan and the City Government of Puerto Princesa.

The celebration will be dubbed as “SIKATUGYAW FESTIVAL”—an acronym for the words Sining, Kanta, Tugtog, and Sayaw which are the main highlights of this occasion. As the name suggests, this vibrant and joyous festival seeks to gather our local artists and performing groups to showcase their artistry and skills through music, dance, and visual art.

The Sikatugyaw Festival is a month-long event that aims to celebrate a bountiful harvest of Philippine arts and to appreciate the beauty in the diversity of our cultural expressions.

“This year’s National Arts Month is a great platform for the Province of Palawan to promote and recognize the outstanding creations of our local artists as well as to raise awareness and appreciation among our Palaweños on the importance of culture and arts,” Ceasar Sammy Magbanua, Palawan Culture and Arts Program Manager said.

While Palawan is known for its idyllic tourist destinations, it also boasts its rich culture and tradition which were shaped by our pre-colonial and Spanish influences. As such, this celebration is an opportunity to promote and preserve Palawan’s rich heritage while also enhancing the innate talents of our Palaweños through workshops and cultural performances.

This festival will be attended by NCCA officials, various cultural groups and local artists, officials from the provincial and municipal government, and faculty and students from different academic institutions.

The NCCA and PGP signed a Memorandum of Understanding (MOU) in October 2019 officially declaring the Province of Palawan as the host for this year’s National Arts Month. To successfully support the implementation and production of this event, the NCCA has pledged to allocate monetary grants as prescribed in the terms and conditions.

The month of February is declared as National Arts Month pursuant to Presidential Proclamation No. 683, series of 1991. Last year’s celebration was held in the Municipality of Bagac, Province of Bataan entitled “Tao Po/Tagpo.” (PR)

Check here for the full schedules. 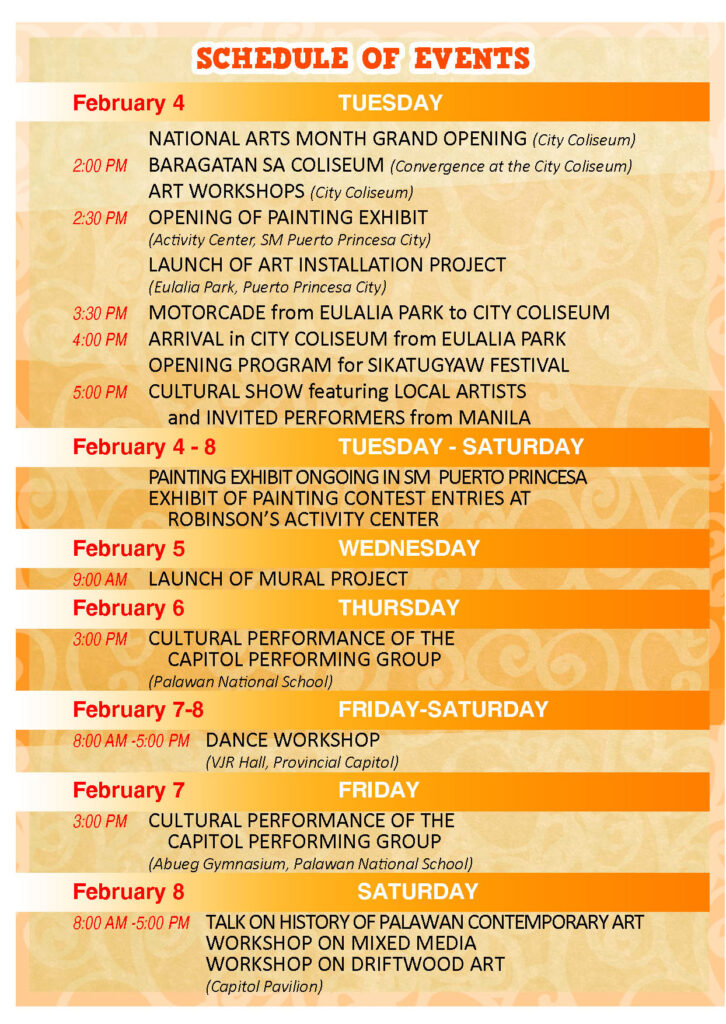 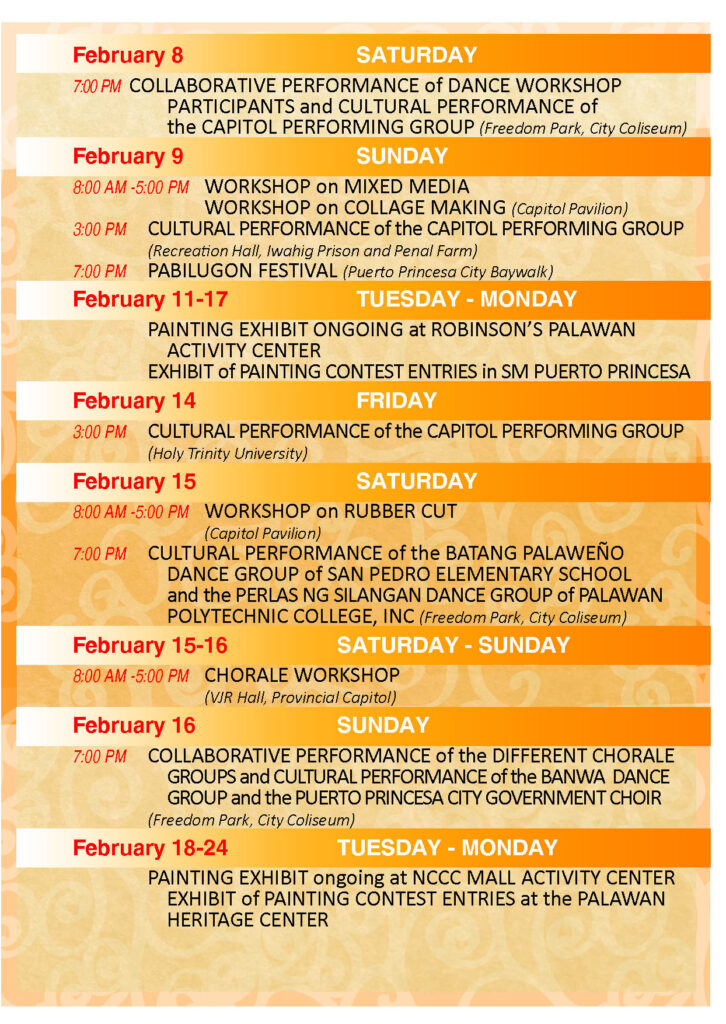 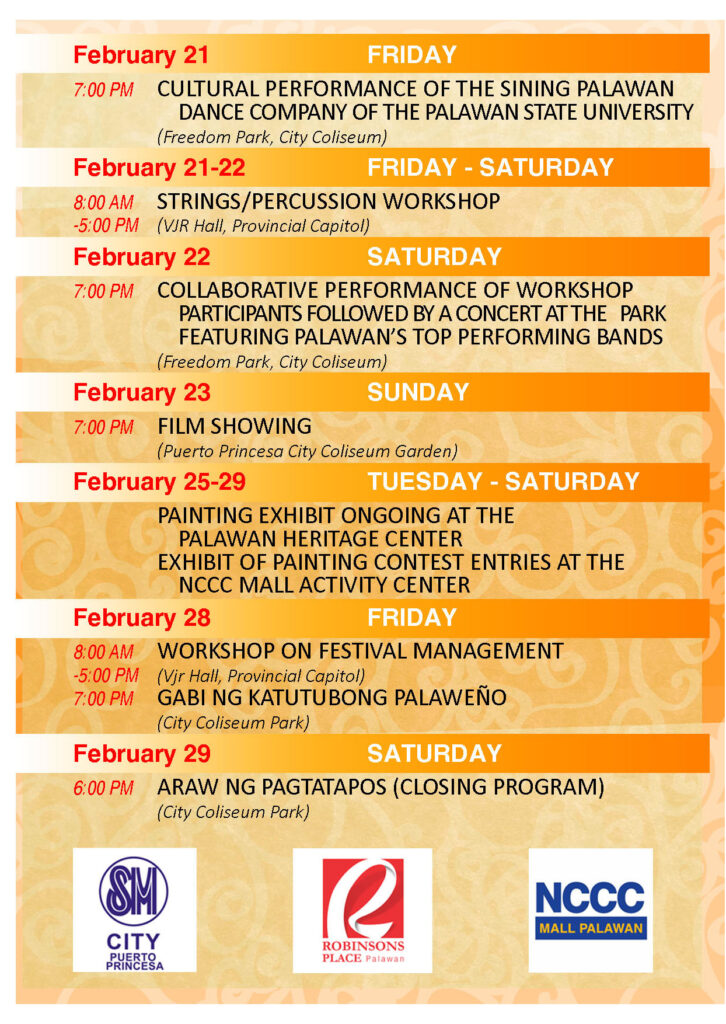