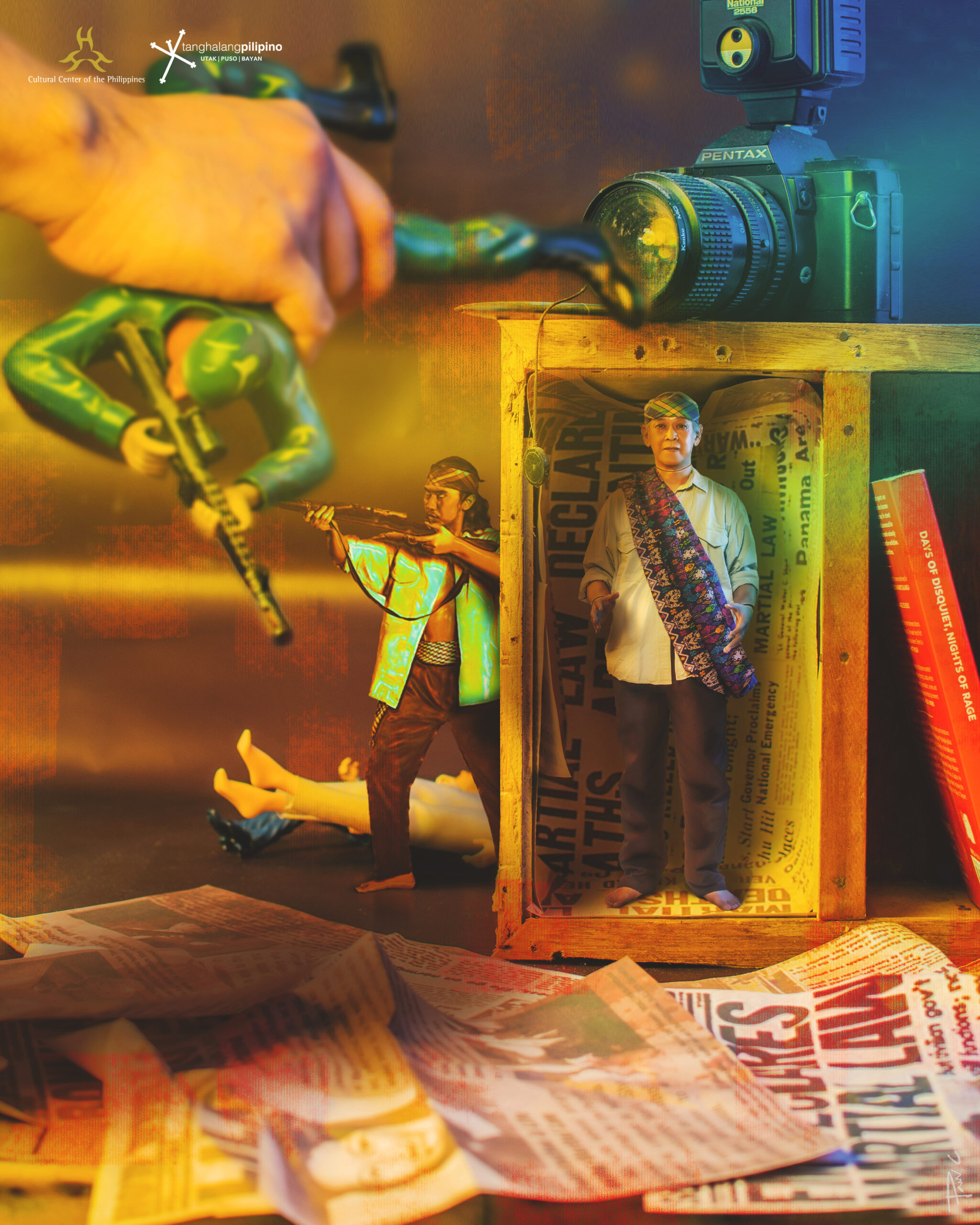 A play with music, “Anak Datu” is a multiverse, post-pandemic production that banners peace through the intertwining of conflicts in a folk tale, a stark social realism, and an all-too-familiar family drama. The story was written by Imao in 1968 before the birth of his first son Abdulmari Jr., now an artist in his own right and known by the name Toym Imao.

Adapted for the stage by acclaimed veteran playwright Rody Vera and directed by former CCP Artistic Director and Vice President Chris Millado, “Anak Datu” is a story about the son of a village chieftain in the Sulu Archipelago during pre-colonial Philippines. 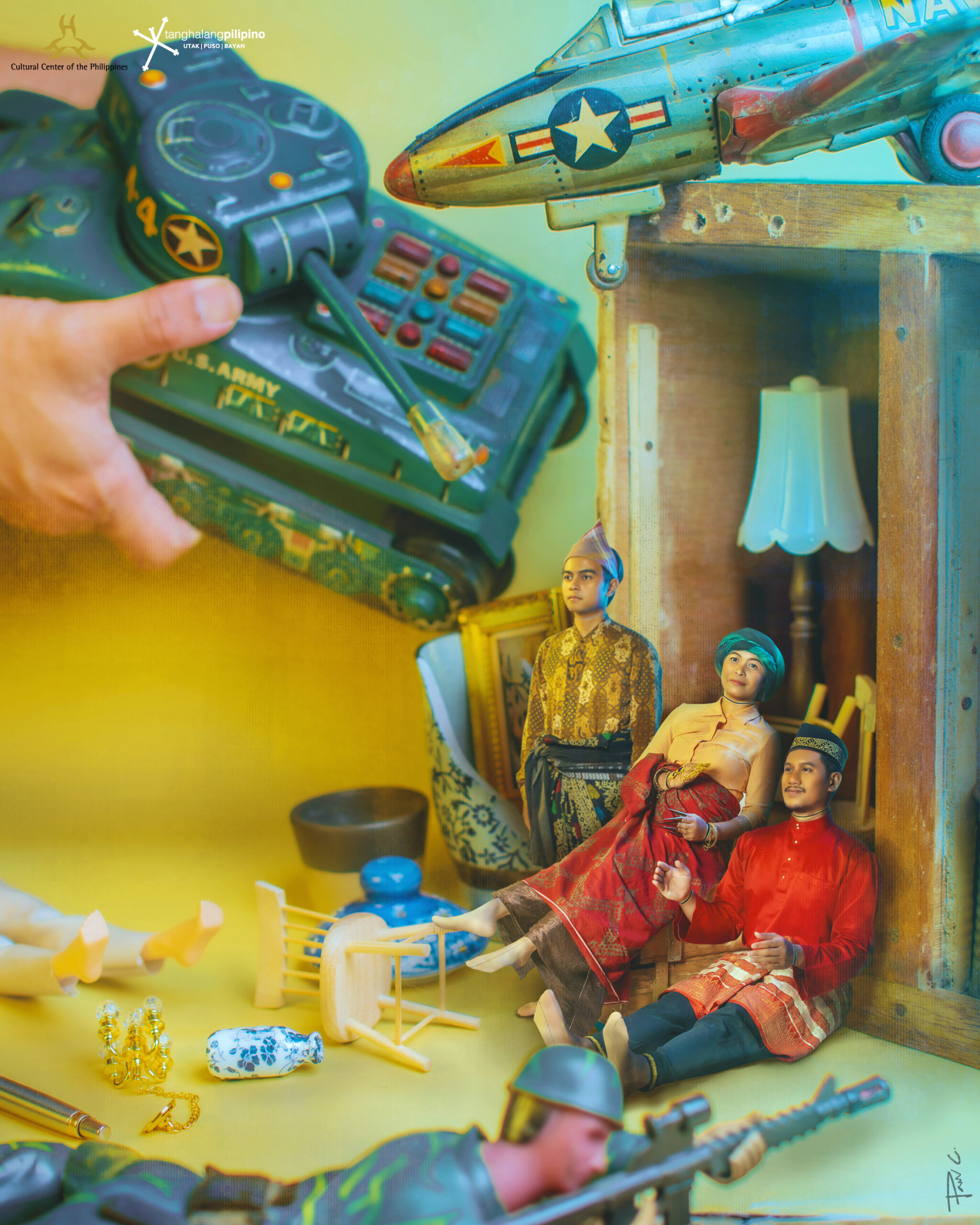 Before he is born, the village is raided by pirates, and his mother gives birth under captivity. Hence, he grows up believing that his father is a former pirate. When the old man dies, the son discovers the truth about his real father. This short story gave birth to Vera’s stage adaptation adjacent with other events in the history of Mindanao and the personal lives of Abdulmari Imao’s family. 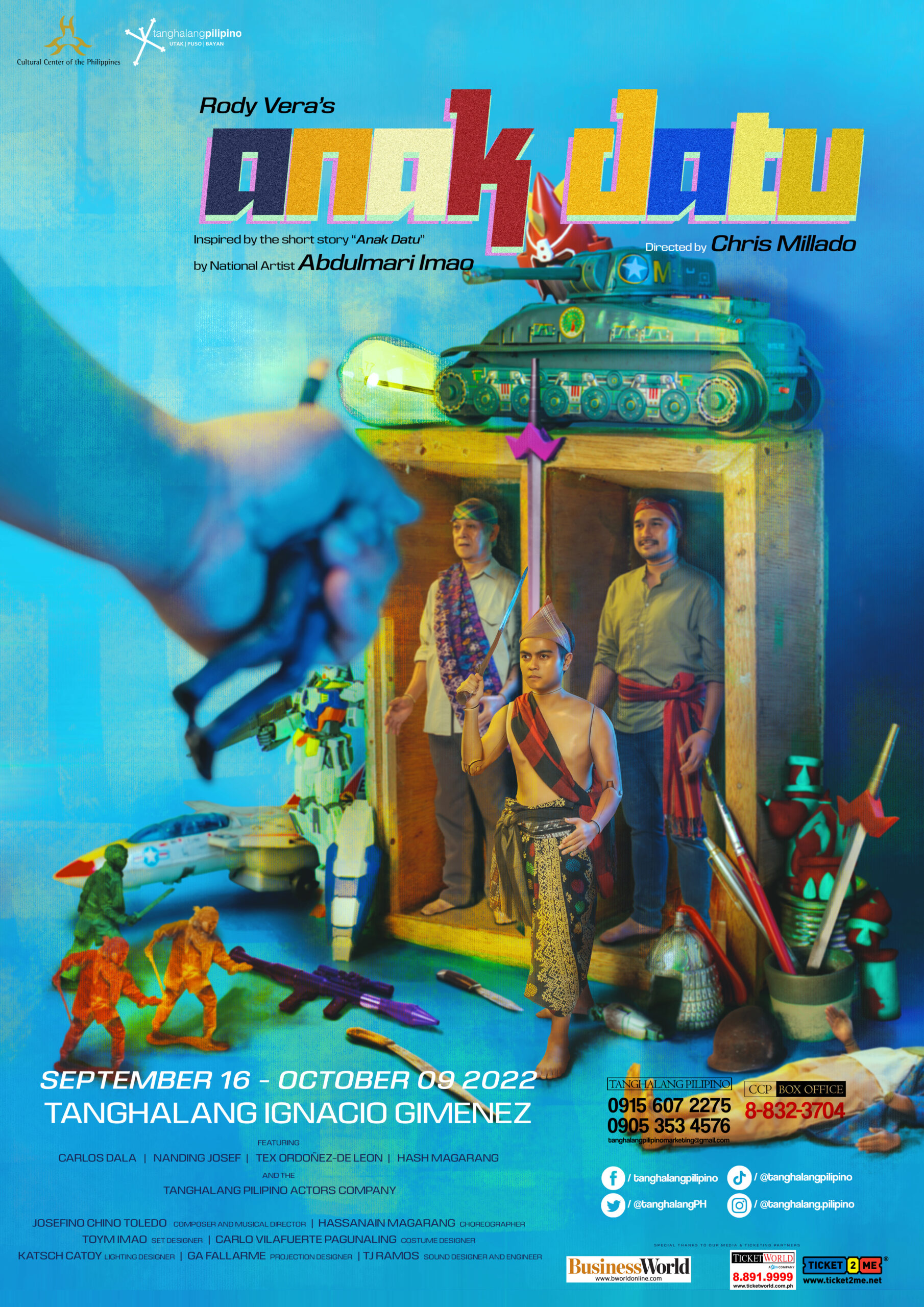 “Anak Datu” is also the maiden production at the newly built Tanghalang Ignacio Gimenez from September 16 to October 9. For tickets and showbuyer inquiries, please contact 09156072275 or email tanghalangpilipinomarketing@gmail.com