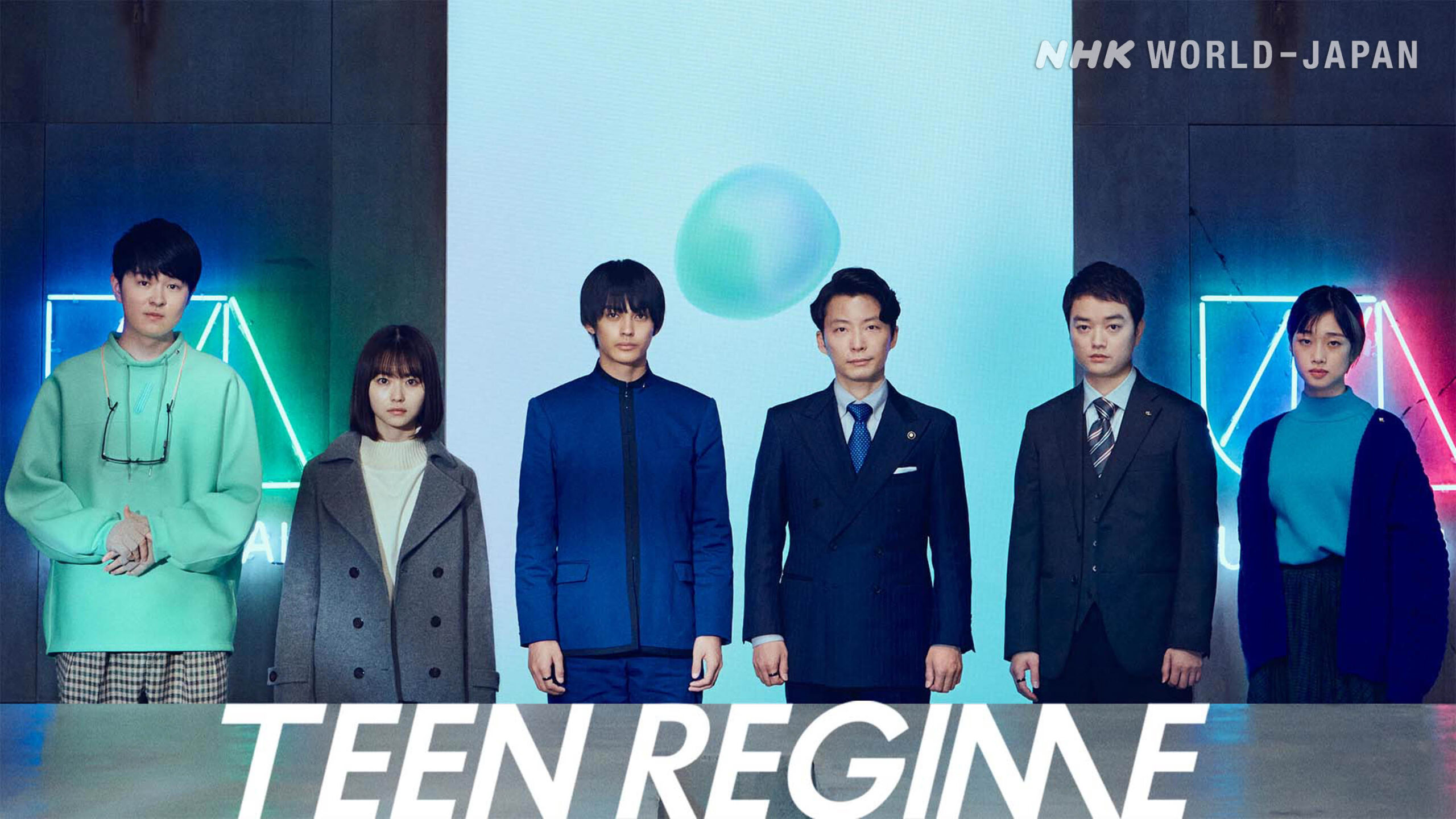 It is the year 202X. Japan is falling apart as birth rates continue to drop. In desperation, the government launches Project Utopi-AI, an experiment to revive a moribund city through the aid of an artificial intelligence.

As the city’s head, the AI selects Maki Aran, a 17-year-old high school student with ambitions to establish an egalitarian society. With the help of the AI, Aran and a team of youths gets down to transforming the failing city into a thriving idealistic community.

TEEN REGIME may be a sci-fi show, but the problems it tackles are very real. Japan is a rapidly aging nation, with more than 40% of its population now aged 55 years or older, while those aged 15 to 24 barely reach 10%.

The five-episode mini-series explores the disconnect between these generations and the clash of ideologies. For decades, younger generations in Japan have been criticized for their inexperience and their disregard of traditional ways. Meanwhile, the youths have long been disillusioned by the obstinate and listless attitude of the elders, who seem only interested in consolidating their authorities—a divide prominent in many societies.

Yoshida Reiko, the show’s writer, initially wanted to tap into such frustrations of the youth to produce a gritty dystopian drama. But, ultimately, she landed on a more hopeful story about idealism and the power of determination.

Yoshida is best known as an anime screenwriter, writing for hit shows like Bakuman, GIRLS und PANZER and Violet Evergarden, as well as the award-winning animated film A Silent Voice. She has garnered much acclaim for her portrayal of relatable young characters going up against the real world, a hallmark of hers also present in TEEN REGIME.

In another connection to anime, the AI is voiced by legendary voice actor Ogata Megumi, best known for her roles in Neon Genesis Evangelion, Sailor Moon and more. Also starring are Kamio Fuju, Yamada Anna, Hoshino Gen and Emoto Akira.

Established with the goal of spreading Japanese culture across the globe through “J-dramas,” NHK Drama Showcase is a website where users can watch NHK-produced serials on demand. A wide range of shows are available, from Kurara, a biopic on Edo Period artist Hokusai’s daughter, to How to be Likable in a Crisis, a satirical comedy on PR nightmares in modern Japan.

The first episode of TEEN REGIME is also available in Indonesian and traditional Chinese subtitles.

English versions of the penultimate episode and grand finale will be live streamed on NHK WORLD-JAPAN’s website on Sept. 11 and 18, respectively, before going up on NHK Drama Showcase.