WIFIBODY PH, the choreography competition for contemporary dance in the Philippines, returns live at the Cultural Center of the Philippines’ (CCP) Tanghalang Huseng Batute on October 15, 2022, at 2 PM for Set A and at 4:30PM for Set B.

Twelve new works from emerging choreographers around the Philippines from Baguio, Bicol, Butuan, Iloilo, Romblon, Samar, and Metro Manila will be featured in WifiBody PH.

With the theme “Emergence”, the dance pieces offer insightful and fresh perspectives on gender, media, and relationships with the self, the others, and objects.

An Artists Talkback will follow the Set B show after which winners will be announced.

New WifiBody PH Festival director and curator Christine Crame, a 2008 finalist of the competition, said: “WifiBody PH, more than a competition, is a coming together in a common space to build, to create and to launch new speakers of truth.  Choreography is about innovating the body and progress is its main ingredient.”

Crame serves as the head for many companies including: Artistic Director for Benilde Experimental Dance, Artistic Director/Performer for Seven Contemporary Dance Company, and Co-Director of Ground 1 Arts Retreat Space.

WifiBody PH is a biannual competition exclusively for solo-duet form, a form that pushes choreographers to bare their artistic vision as it emphasizes intimacy and conciseness.

WifiBody PH has launched the careers of many distinguished artists currently at the forefront of dance choreography and contemporary dance performance in the Philippines today.  It continues to dedicate itself to discovering new choreographic talent and to providing a platform for emerging choreographers.

Held last online in 2020, WifiBody PH is the first tier of the CCP Choreographers’ Series, a project curated by Myra Beltran and Denisa Reyes.  This choreographers competition was established by Beltran in 2006 initially under the larger WifiBody Festival, which was the first contemporary dance festival of its kind.

The CCP Choreographers Series has three components, the first two held bi-annually and the last held every year.  It starts with WifiBody PH which is then followed by Koryolab, a laboratory and showcase of experimental dance pieces by mid-career choreographers.  To cap the series, NeoFilipino provides a venue for established choreographers to create and stage major works in collaboration with artists of other art forms.

Due to the ongoing pandemic, the new normal protocol of the CCP will still be implemented.  Everyone is advised to wear a facemask upon entering the premises and bring a vaccination card/certificate (e-copies are allowed).  Find out more about CCP’s new normal protocol here: https://bit.ly/CCPNewNormalProtocol2022 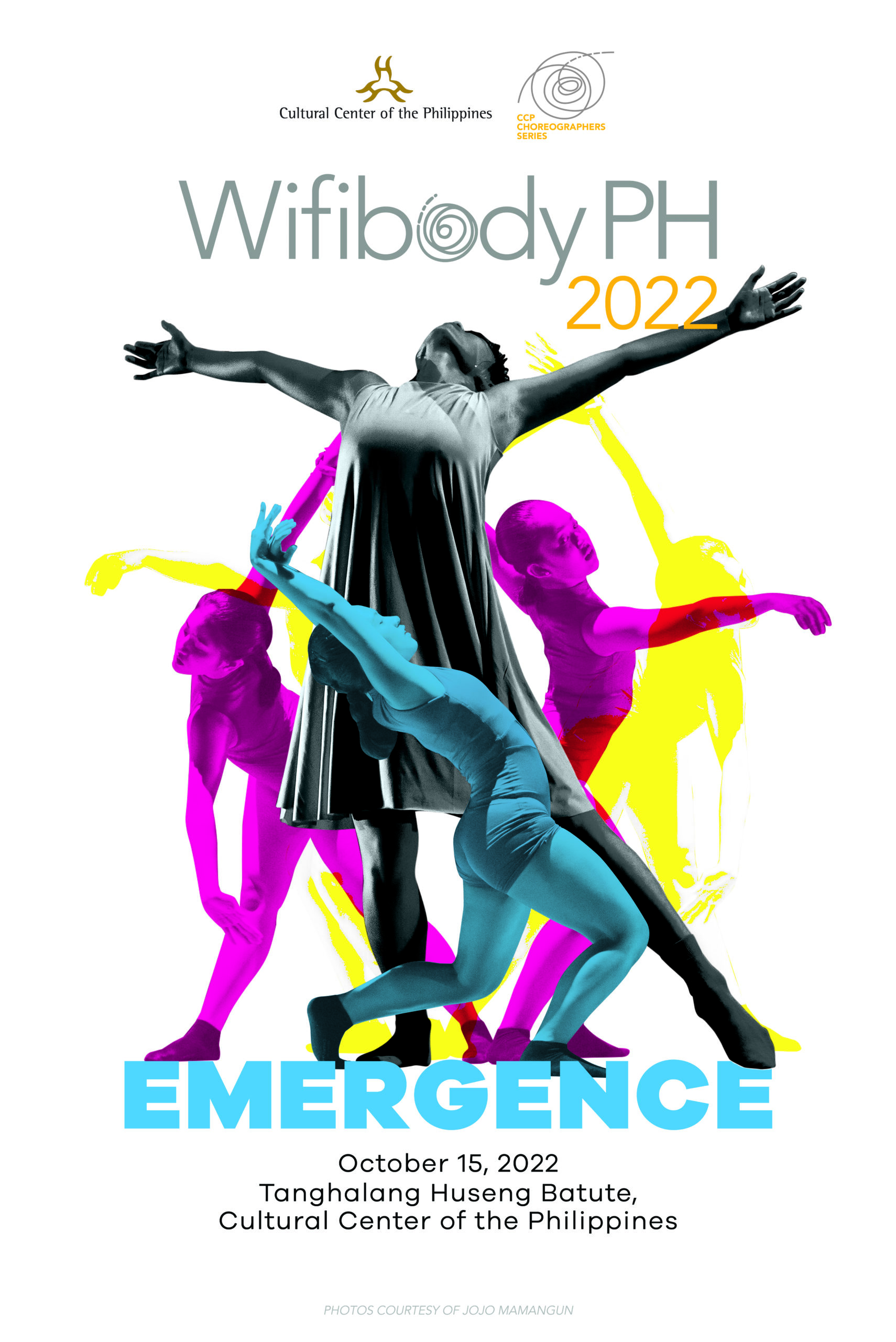